The Conference summarising the Project entitled: ‘Development of modern emergency units by modernising the infrastructure, extension of decision supporting systems and amelioration of medical service quality based on cross-border cooperation.’, within the Crossborder Cooperation Programme Lithuania-Poland-Russia was held on 16th February 2015. The Project was implemented by the Provincial Integrated Hospital In Elbląg and the Municipal Ambulance Station in Kaliningrad, operating as Project Partners. 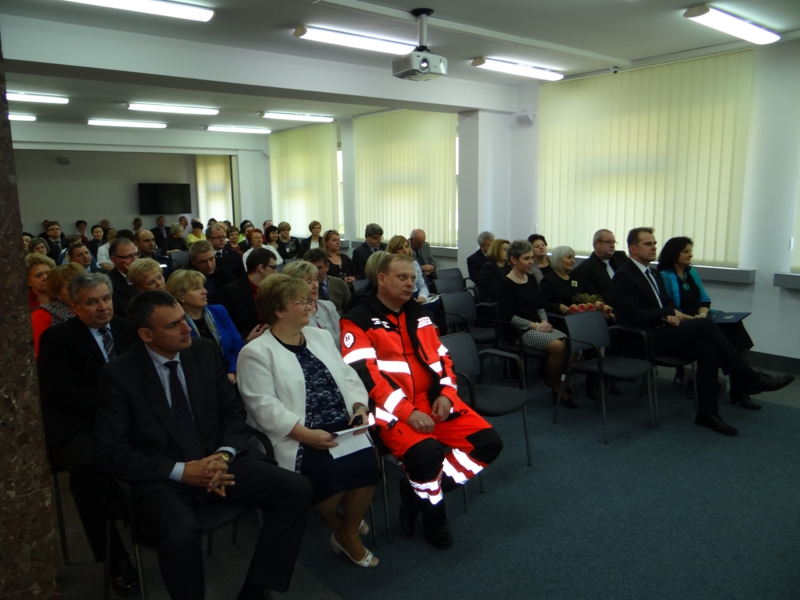 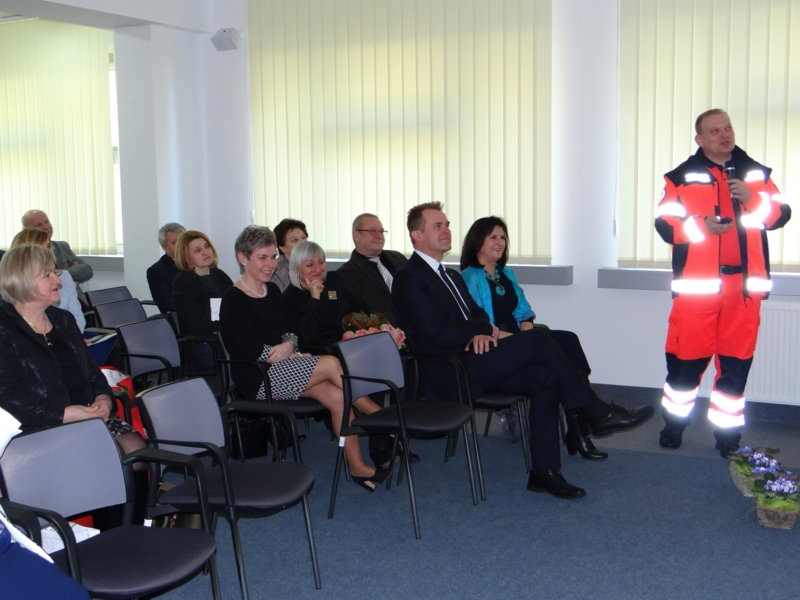 Among the participants of the Conference there were, among others: the MP Witold Gintowt-Dziewałtowski, the Province Governor Grażyna Kluge and the Deputy Mayor Bogusław Milusz. The deliverables  of the Project were thoroughly discussed by Elżbieta Gelert, the Managing Director of the Provincial Integrated Hospital in Elbląg and Michał Missan, the Medical Emergency Department Coordinator. 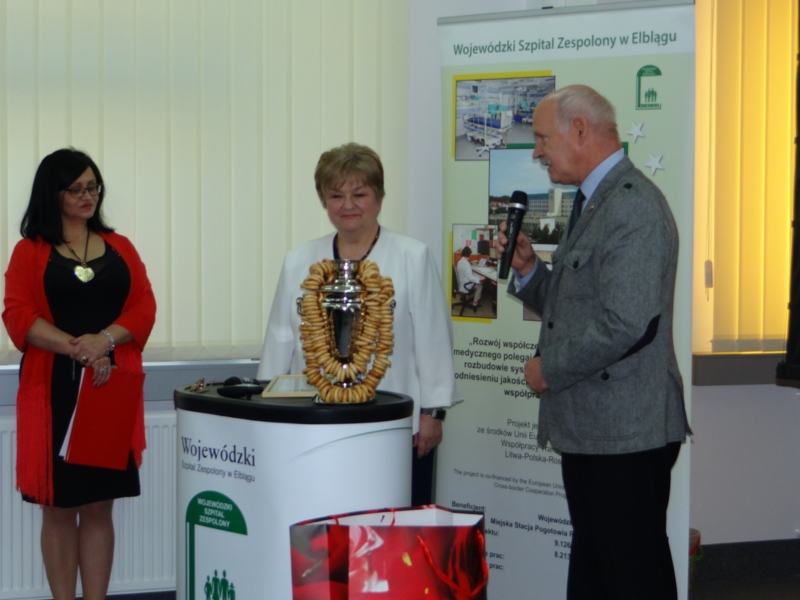 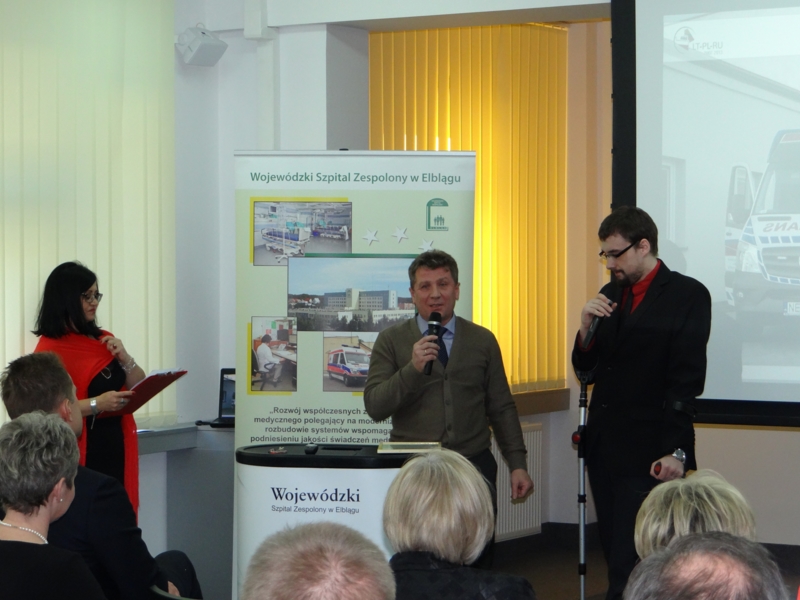 After the presentation, the guests were invited to the Medical Emergency Department at Orzeszkowa Street, where they had the possibility to observe the implemented changes.

The main objective of the Project consisted in increasing the effectiveness of the medical emergency services within the cross-border area of Poland and Russia by means of: modernizing the infrastructure, adding more state-of-the-art medical equipment and increasing the standard of the provided services both in the Provincial Integrated Hospital in Elbląg and in the Municipal Ambulance Station in Kaliningrad. 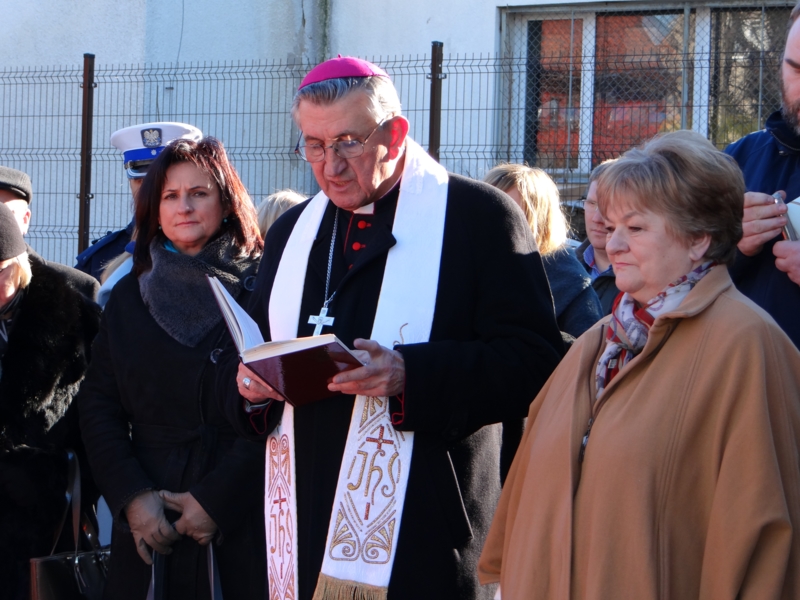 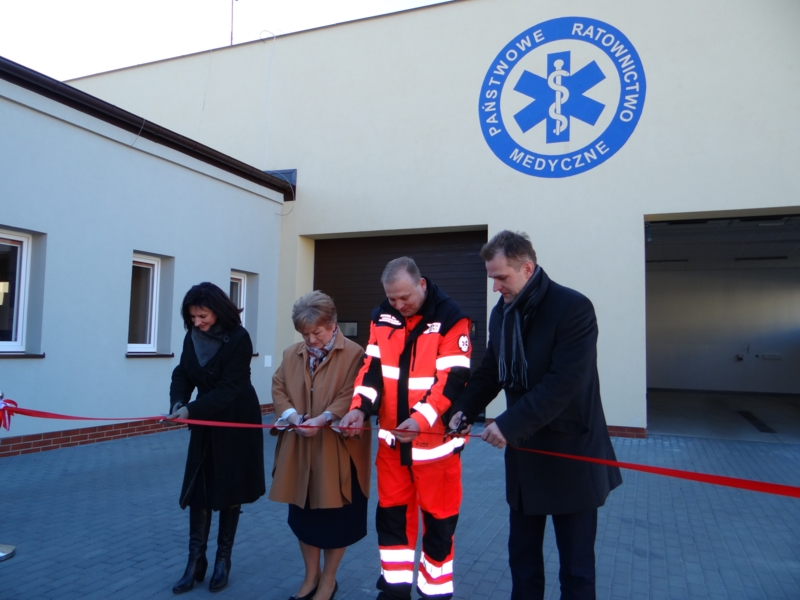 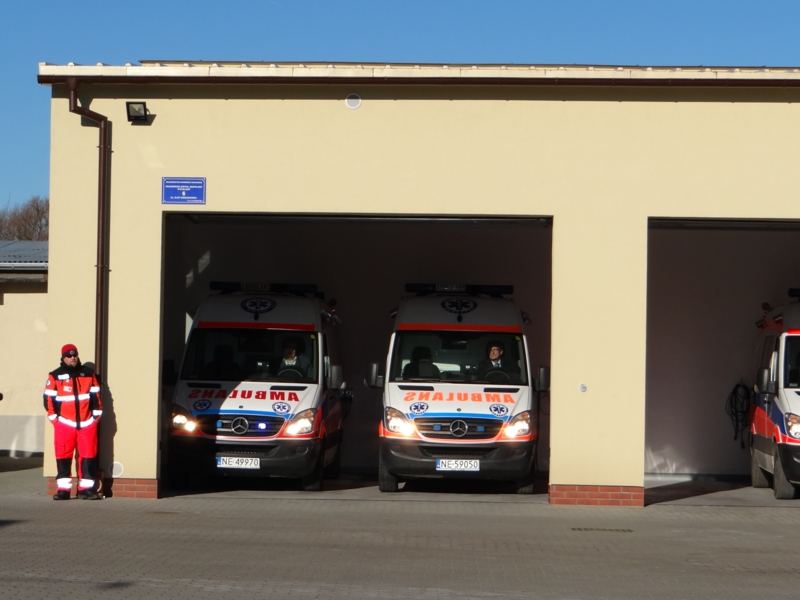 Thanks to the received financial assistance, the buildings at 6 Orzeszkowa Street were modernized. In this way, the Medical Emergency Department of the Provincial Integrated Hospital in Elbląg can currently boast itself of having one of the most modern centres of medical emergency in the country. As the result of the Project, the Medical Emergency Department in Elbląg also received: 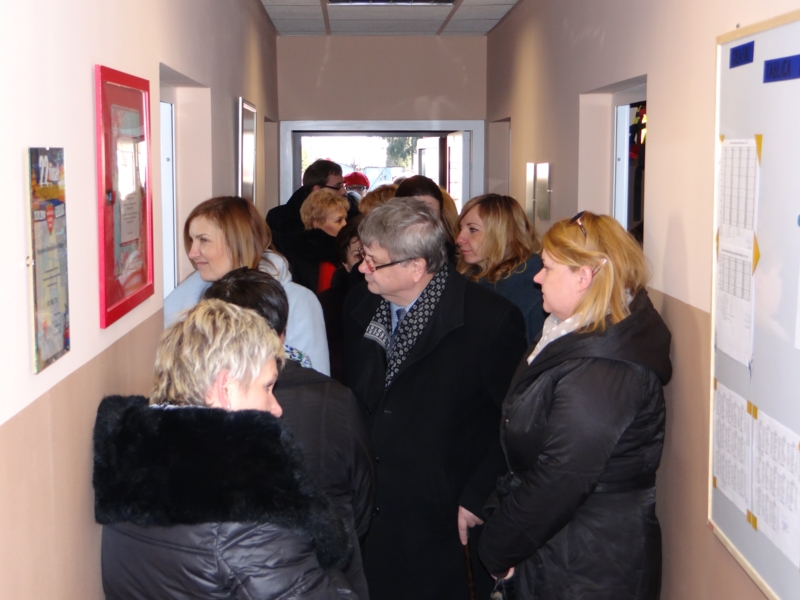 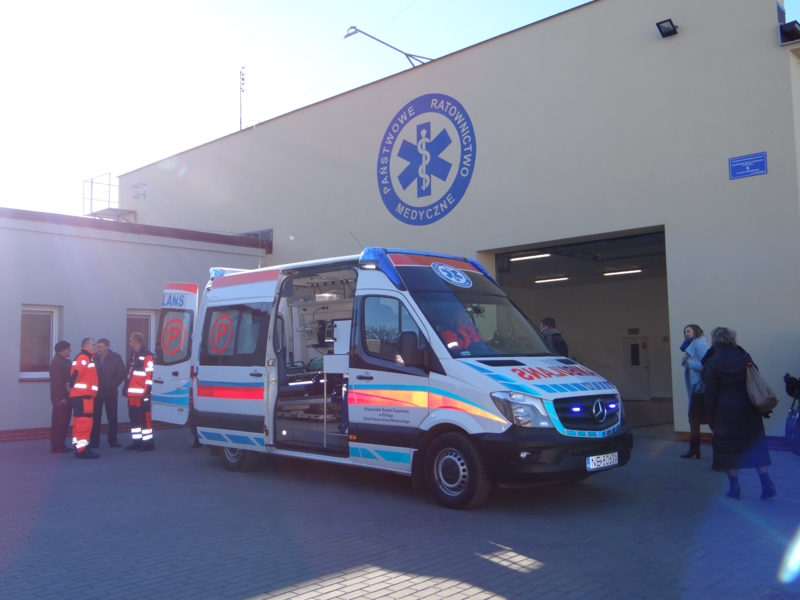 Furthermore, the conference room located in the main building of the Provincial Integrated Hospital in Elbląg at 146 Królewiecka Street has also been modernized, since it is used for the training purposes. Currently it is the most state-of-the-art room equipped with audio-visual equipment, among others overhead projectors, interactive board, a screen on the tripod, professional amplifying equipment, a camera as well as computer equipment and the  equipment needed for organizing medical meetings and conferences.

In addition to investing actions,  a series of meetings and trainings for medical rescuers from Elbląg and Kaliningrad were also organised. Those were held both in Poland and in Russia. The trainings made it possible to share experience and good practices among the services of medical rescue in both countries with the aim to increase the quality of the implemented services.

Taking everything into account, the implementation of the Project has led to a massive breakthrough and modernisation in terms of infrastructure and intellectual solutions within the scope of the services provided by the Provincial Integrated Hospital in Elbląg. The city of Elbląg has also gained the state-of-the-art unit of medical rescue in the voivodeship that is one of the most modern one in the whole country.